Update: WordPress 5.0 is now being released on Thursday, December 6.

Version 5.0 will be the next release of WordPress, and the main new feature will be the controversial new post editor named Gutenberg. It uses blocks, so like one block for an image and another block for some text, and it will totally change the way your posts look in your dashboard. After the update, Gutenberg will take over your post editing experience – unless you install the Classic Editor Plugin. But should you?

The answer is yes! As it was a few months ago, my recommendation is to install the Classic Editor Plugin on your site before the big update – and I stand by that recommendation, especially now that I’ve had more hands-on experience with Gutenberg.

Gutenberg may be a very powerful, innovative piece of software (and there’s plenty of debate raging online about that) but the truth is it feels very much like it is being rushed out before it’s ready and well tested.

It’s already been pushed back from its original targeted release date of November 19 (those in the WP tech support field hoping to enjoy Thanksgiving rejoiced!), but several prominent WordPress developers, including the head developer of Yoast, have called for it to be further delayed until January. Time will tell if they get their way.

The code for the editor itself is changing rapidly and the aggressive release plan does not call for adequate time without major changes. What this means to plugin developers attempting to implement their functionality in Gutenberg is that they may think they have a working solution, only to find out the new version broke their integration and they must make additional changes to get it working again. (Ask me how I know this…)

The WordPress team has said they plan to support the Classic Editor plugin through the end of 2021, so you have some time to wait until Gutenberg matures before trusting your site editing to it. 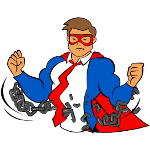 There are other problems too, like the inability for plugins to customize certain aspects of the editor. In this case, I’m referring to the options panel that pops up when you insert a link.

With the classic editor, you can use one of several plugins to get the Add rel=”nofollow” checkbox on that screen that also contains the checkbox to open a link in a new tab. At the time of this writing, those plugins such as Ultimate Nofollow, Title and Nofollow For Links, and Rel Nofollow Checkbox have not released Gutenberg compatible updates. In fact, in Gutenberg it is not currently possible for a plugin to change that panel at all!

Practically that means when Gutenberg ships, the only way to add nofollow to a link is to switch to HTML mode and code it in yourself (or, spoiler alert, if you are a nofollow customer of ours, you can use the Live Fix subscription to have it added automatically, more on that below).

Interesting aside – originally the Gutenberg developers did not even want to include the checkbox to open a link in a new tab. Thankfully the community rose up to strike this “feature” down. See? Exciting. Drama on the web!

The return of Noreferrer

Update: The “feature” to add “noopener noreferrer” to links in the Classic Editor has been delayed until WordPress 5.1. Gutenberg users will still see it in 5.0

For most of 2017, WordPress was automatically adding “noopener noreferrer” to links that open in new tabs to combat a form of phishing.

The problem with that solution is noreferrer in particular has the potential to break affiliate program tracking (and is technically against Amazon’s TOS, although it’s still unclear if they enforce this or not. We continue to recommend removing it).

The foremost thing which you should think about about editing is that process can not be completed rapidly. Lastly substantive editing should obviously contain the standard physical assist you would get from all kinds of proof reading papertyper.net. Every once in awhile, substantial editing is exactly what you will need to receive your projects to the next step.

You will find lots of such services accessible on the web and you may decide the proper agency or service supplier you love. If you would rather understand the way to pick in the several accessible solutions away there, you might have attained the appropriate area! If you’re contemplating employing skilled editing services to your next endeavor, you should bear in mind that there are numerous various kinds of writers. Normally, you are able to run into on-line dissertation editing solutions that offer expert and trustworthy outcomes.

So, at Amazon’s request, noreferrer was removed in the latter part of that year (FYI, for about 85% of internet users, noopener, which continues to be used, is sufficient to prevent the phishing attack and does not have the affiliate link breaking side-effect).

Well – in WordPress 5.0, noreferrer makes a  return, and not just for those using Gutenberg, but for those of us still on the classic editor as well.

For users of the classic editor, I expect to see a plugin pop up in the repository that can turn this off (We’ve added an option to turn if off in the upcoming release of The Blog Fixer for those of you with a Live Fix subscription. Give us a shout, and we’ll be happy to enable this for you once it is released. No additional plugin needed.) If you’re adventurous enough to edit your functions.php file yourself, you’ll find the code here.

Unfortunately, things are not that simple for those who plan on switching to Gutenberg right away as there is currently no option to turn it off. As you might have guessed, again Live Fix can come to the rescue as we can use it to remove noreferrer every time Gutenberg adds it back. 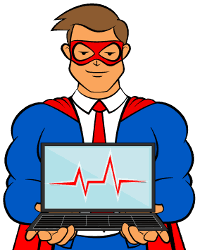 Our new Gutenberg compatible version of The Blog Fixer plugin is currently being tested has been released. We’re keeping our fingers crossed that the next round of Gutenberg changes doesn’t again break the integration, but we’ll get them fixed if that should happen. In the foreseeable future, all plugin authors will have that same problem and will need to be constantly testing with the latest changes.

The landscape of WordPress 5.0 and Gutenberg is changing rapidly so I’ll be staying on top of the progress and will let you know of any developments that I think are important to understand.

For the time being, I recommend getting the Classic Editor installed so you can switch over on your terms, not dramatic developers’. Gutenberg, currently scheduled for release on December 6,  re-introduces the noreferrer question, makes it hard to add the important nofollow value to links, and is going through so many changes rapidly I expect plugin integration to be very brittle in the early going. #bugs